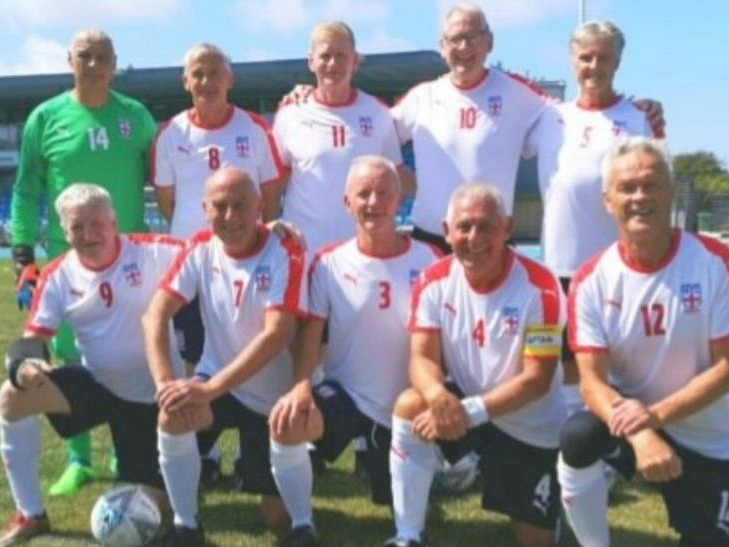 As you all know Colin Haydon has been named the 65s England Walking Football Captain after attending a selection session to play for England this was a wonderful extra achievement. His first outing in the sunshine travelling to Guernsey and in the game of two 25-minute halves, England Over-65s managed to bag a convincing 4-1 victory.

An early goal for the Three Lions was cancelled out by an equaliser midway through the first 25, although a goal shortly before the half-time break restored the lead. That would be followed by two second-half goals and the win on the Channel Island was sealed.

“I was one of the fortunate ones that stayed on the pitch for the full game and, obviously, it was a very proud moment at the end,” Colin said. To read the full story